The Andalus Collection is infused with the splendour and romaticsim of that great architectural jewel, the Alhambra Palace. 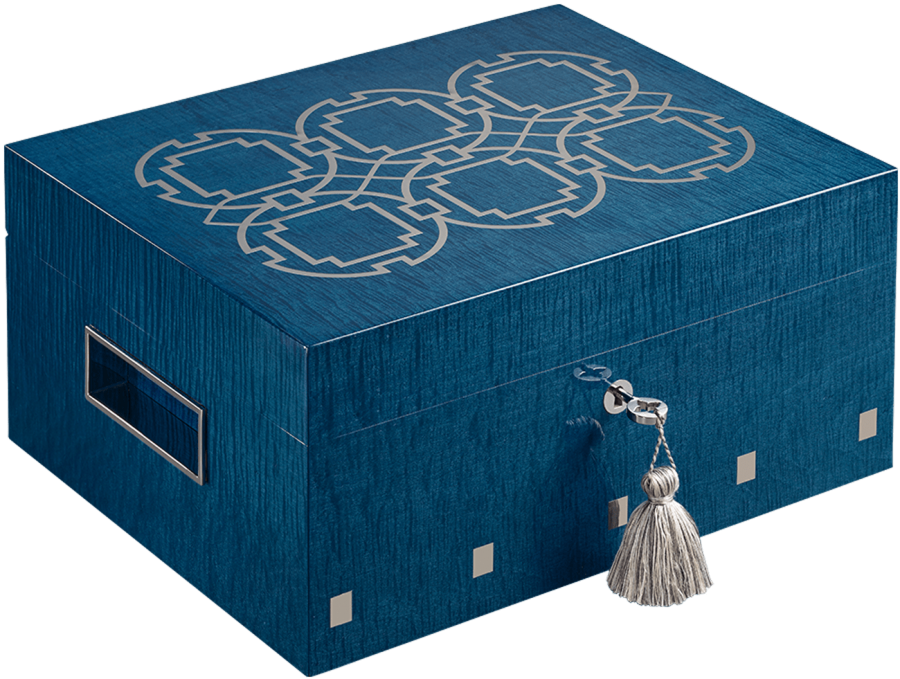 “Cordoba” Jewellery Box from the Andalus Collection is made of figured blue sycamore wood with metal inlay, with an interior in Alcantara.