The Indus Collection draws its name and rich compositions from one of the most intriguing and peaceful world civilizations.

The Indus Collection is named in honour of one of the greatest and most mysterious civilizations in world history, which thrived in the Indus Valley of Pakistan and northwest India from 3000 to 1300 BC. The remains and ruins of this ancient and advanced civilization are captivating in their enigmatic allure. No one has been able to crack the code of its written script, as found on monuments, walls, and tablets in the extensive ruins of its two major cities at Mohenjo-Daro and Harappa.

Remarkably, there is little archaeological evidence to suggest weapons and no trace of an army, or kings and priests. There is, however, much that points to a flourishing agriculture, trade, and intricate urban planning, with a wonderfully impressive tradition in sculpture, pottery and seals. It is a place that feeds the utopian imagination. Here, it seems, is a unique example of a great civilization that had no need of war, and which flowed as peacefully and abundantly as the majestic Indus River itself, which plays host to so many faiths and cultures. Our Indus Collection therefore conjures with such fertile influences in its lush colours, rich compositions, and themes that symbolize amity and harmony. 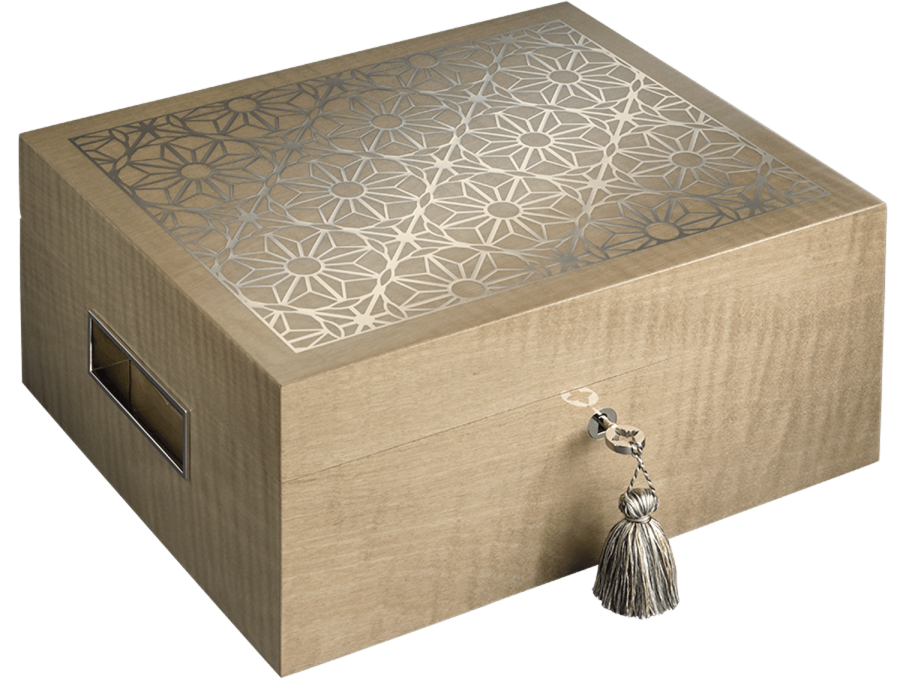 “Jaipur” Dawn Tea Humidor from the Indus Collection is made of taupe sycamore wood with silver-coloured metallic inlay. 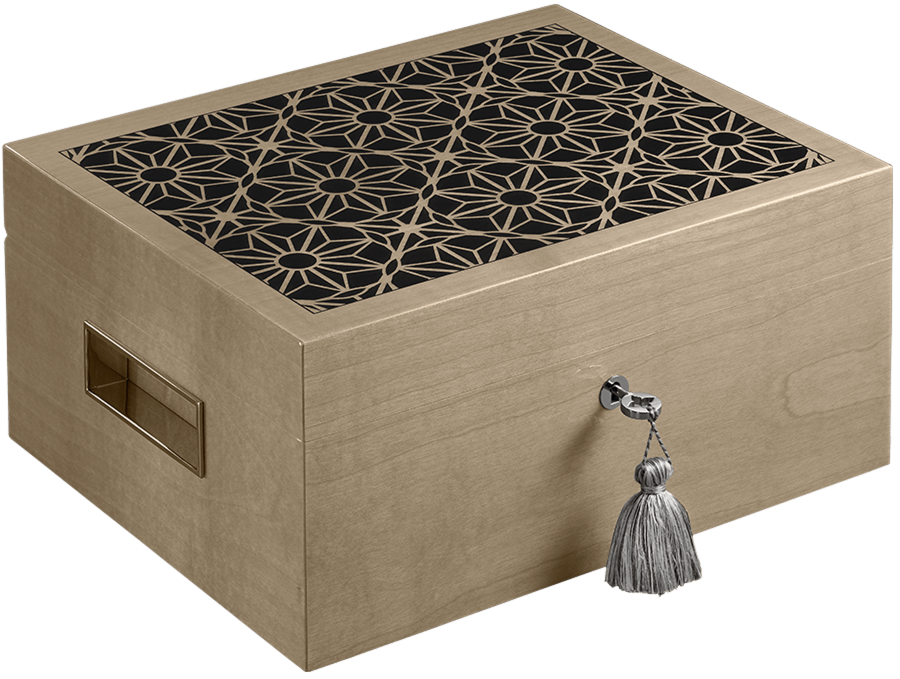 “Jaipur” Dusk Tea Humidor from the Indus Collection is made of taupe sycamore wood with black inlay marquetry. 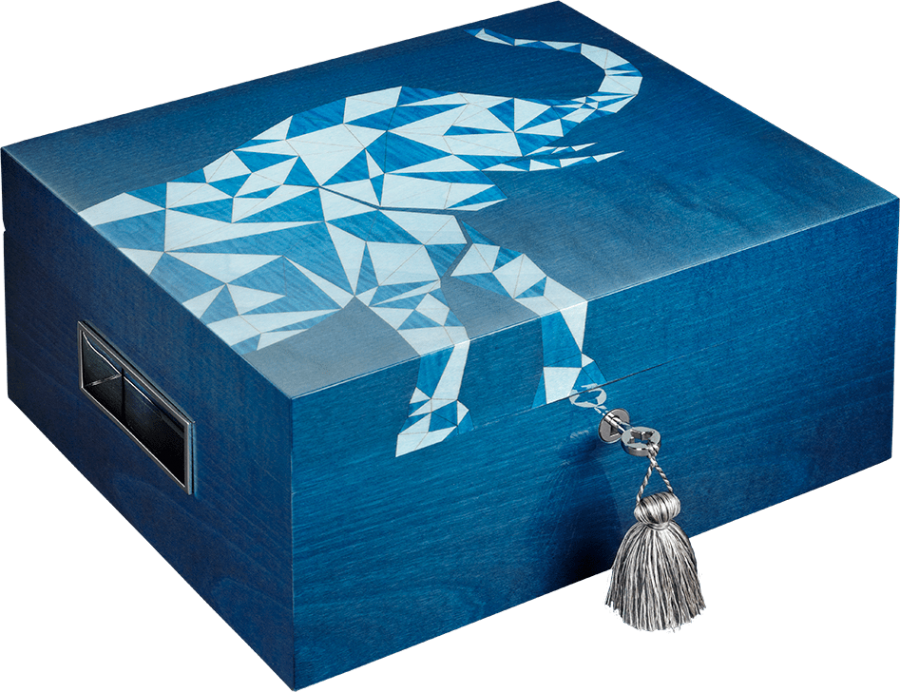 “Jangala” Cigar Humidor from the Indus Collection has an exterior in multiple shades of blue marquetry and an oudourless Okumé interior.