The Saicho Collection embodies the refinement of Japan’s exquisite and graceful tea ceremony.

The Saicho Collection is dedicated to that most visionary of early Japanese travellers to China, the Buddhist monk Saicho. Returning from the Middle Kingdom in 805 AD, Saicho brought back not only a whole new school of Buddhism (Tendai) to Japan, but also an equally momentous cargo: the first arrival of tea in Japan.

This was not a coincidence – Saicho’s twin gifts for Japan were intimately connected in his eyes. Tea had a wondrous power to awaken the mind and keep it clear and alert through long hours of temple activities and meditation. Thus began the long and cherished association of tea with Buddhism in Japan – tea’s miraculous effects, imbibed in an instant, were an ambrosial foretaste of Enlightenment itself.

Tea soon became the centre of a ritual of its own – the world-famous Tea Ceremony. This intriguingly elaborate occasion remains to this day a social and secular celebration of the way in which tea can build so many bridges - between meditative calm and lively conversation, between dignified reverence and gracious hospitality. The leitmotifs of pronounced simplicity and understated refinement, using nuanced palettes against serene backdrops, are embodied in the Saicho Collection. 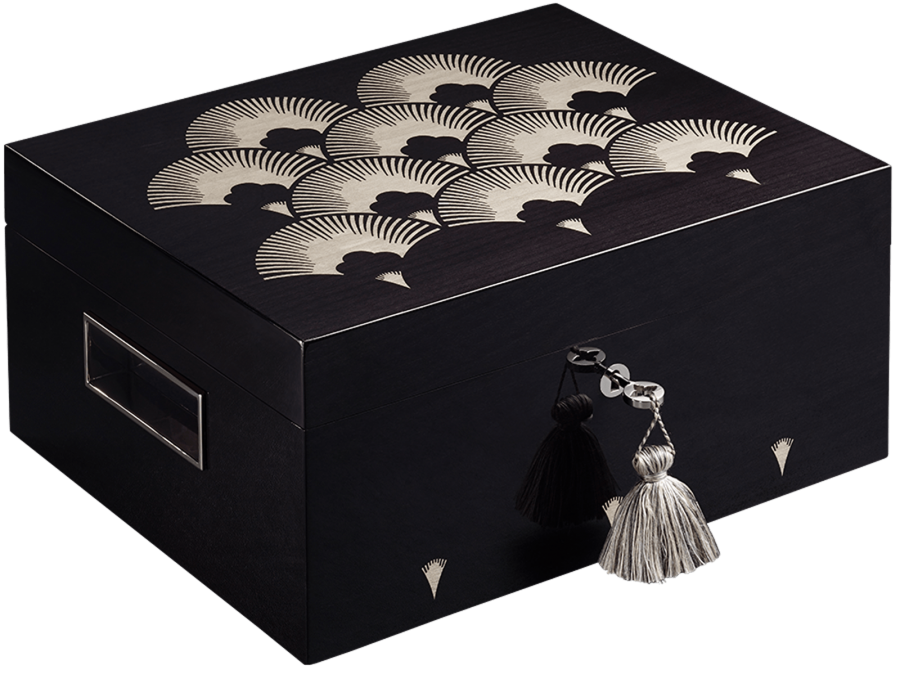 “Kyoto” Night Tea Humidor from the Saicho Collection is made of black sycamore wood with a natural-coloured marquetry design reflecting Japanese hand-fans. 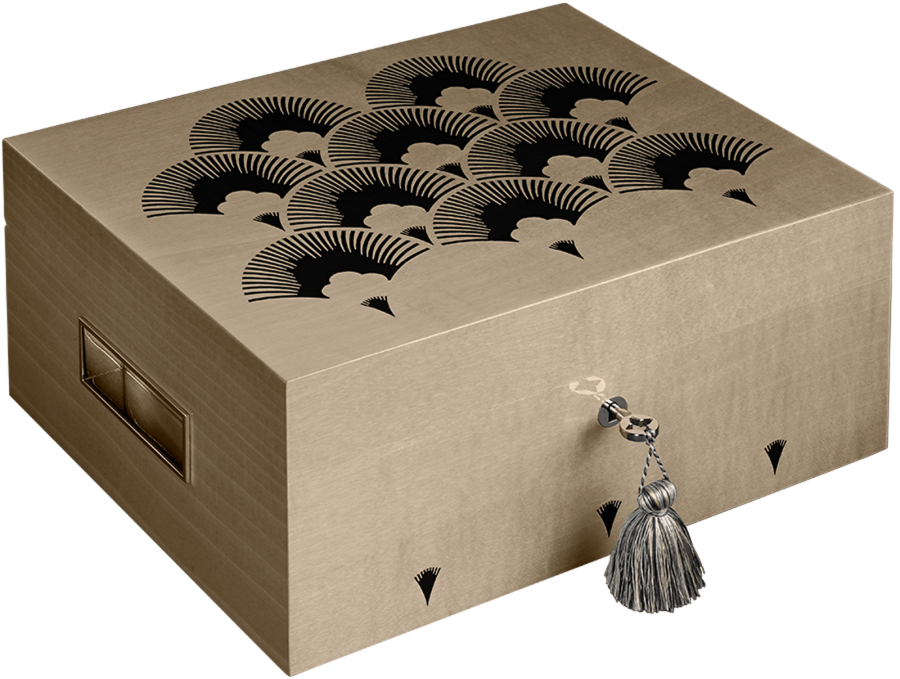 “Kyoto” Day Tea Humidor from the Saicho Collection is made of taupe sycamore wood with a black marquetry design reflecting Japanese hand-fans. 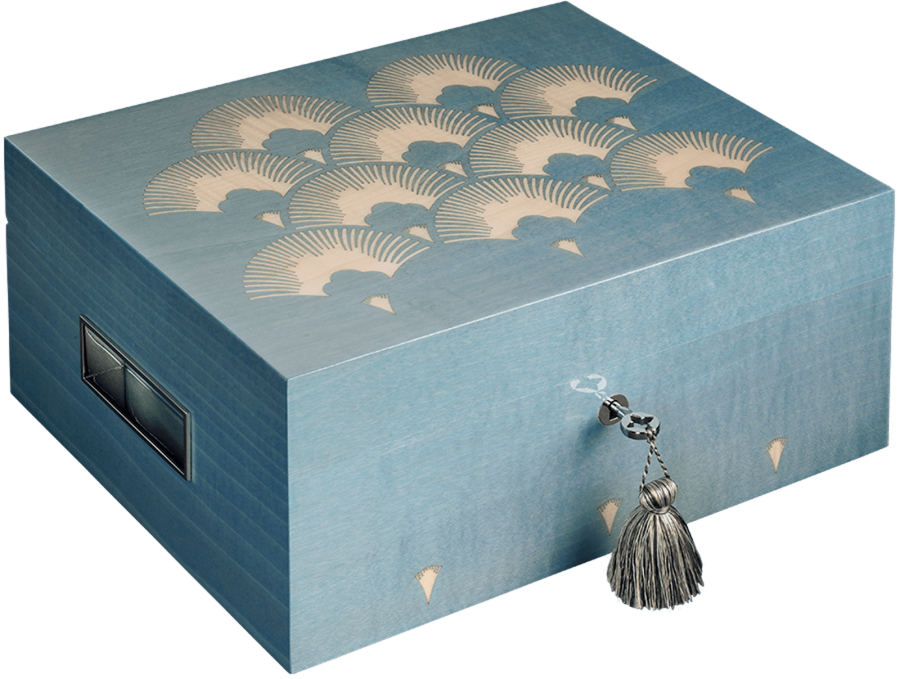 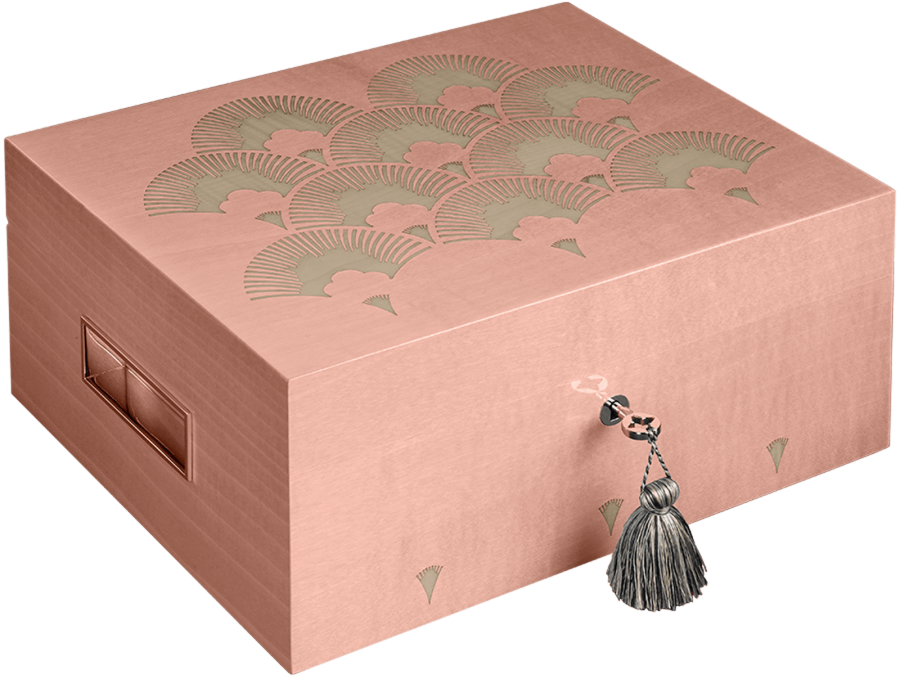